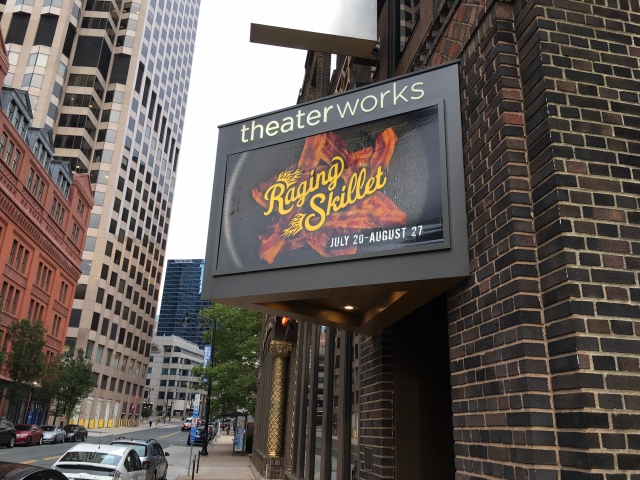 Arthur Miller, Eugene O’ Neal, Thornton Wilder, Jacques Lamarre –  famous Connecticut playwrights all! What you never heard of Jacques? Well pull up a Connecticut Critics Circle front row seat and lend an ear- for this guy is charismatic, he’s drama-matic, he’s hydromatic, he’s hypo-Allergenic, why’ he’s greased lightnin’!! Ahem- Ok, Ok in plain language the guy is just a really super- talented writer- but please don’t tell him!! Known for his humor, tall tales and his love of life, dogs, cats and what else -good food- I can earnestly state that Jacques Lamarre is quickly becoming one of today’s greatest playwrights. In fact I have said this a thousand times- “Jacques is today’s Mark Twain”- and in Connecticut we are mighty proud of him!! By the way, have ya noticed of late Jacques even looks a bit like Samuel Clemens! If you want true proof of his literary greatness- then head over to see Jacques’s newest work, “Raging Skillet” The True Life Adventures of a Punk Rock Caterer” currently being produced at TheaterWorks in downtown Hartford- from stage to the back row – its fan-tab-ulous! 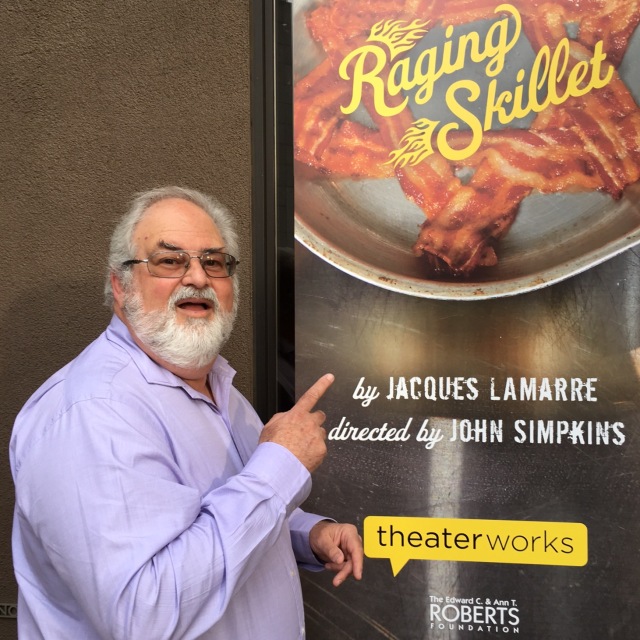 For those familiar with the J. L. mystique, have ya ever noticed that almost all of Jacques’s works resolve around food, his exquisite tale “I Loved, I Lost, I Made Spaghetti”- which detailed Giulia Melucci’s up and down romance life, her recipes and also included those varied actresses portraying Melucci actually preparing fresh pasta at each performance from flour to plate! With Raging Skillet” – Lamarre continues his tradition of food, food and more food, a delectable quirky heroine in the guise of Chef Rossi, and a solid cast including Dana Smith-Croll as caterer to the Stars- Rossi, Marilyn Sokol as Rossi’s “Yiddishe Momme”, and George Salazar as the OMAC- One Man Assistant to the Chef, “DJ Skillet”, with the production directed by John Simpkins, and a wonderfully conceived and constructed “Kitchen/Boombox” set design by Michael Schweikardt. 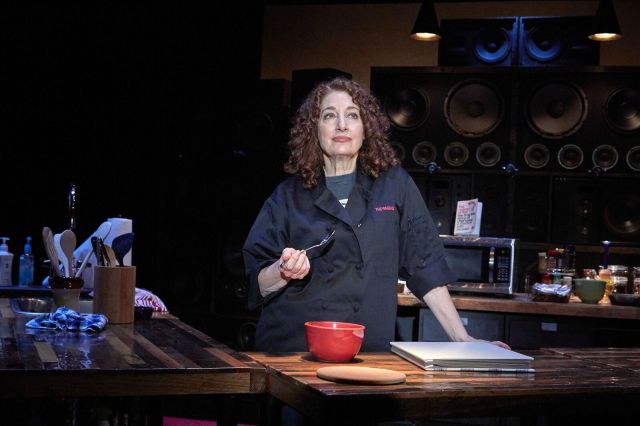 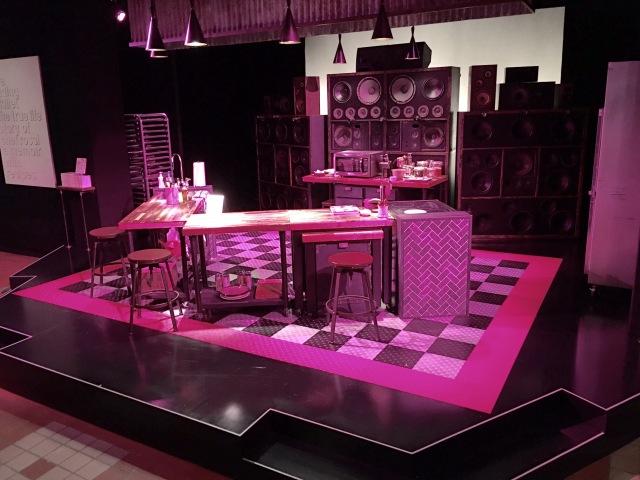 This World Premiere production of “Raging Skillet” is a blue ribbon recipe of – Ghosts- think “Beetlejuice”, “Moaning Myrtle”, and “ Dicken’s Marley”, then beat in some punk rock,- i.e. “Joan Jett” and “The Clash” and garnished with Julia Child – bon appetite- yep there be lots of food thrown into the mix- out from the oven comes a “Raging Skillet” of deliciousness! Pull back the curtain and we are introduced to Chef Rossi, a self proclaimed Punk Rock New York Caterer, who got her big break when she catered for the cast of “The Vagina Monologues,” along the way we learn about her wild teenage years and her “Life with Mama”! Oy! Mama in this case is her deceased “Moaning Mama” who until her passing, enjoyed cooking everything in the microwave! 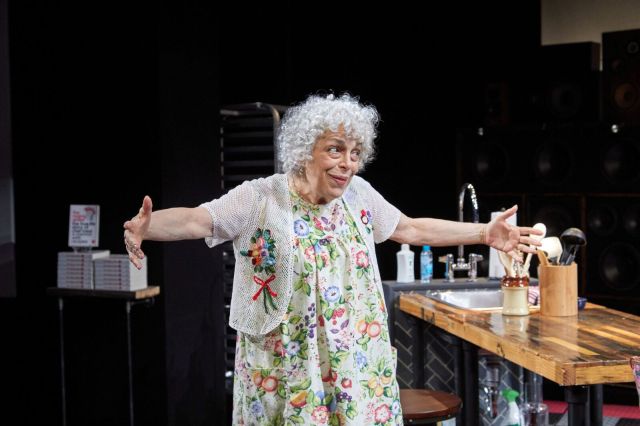 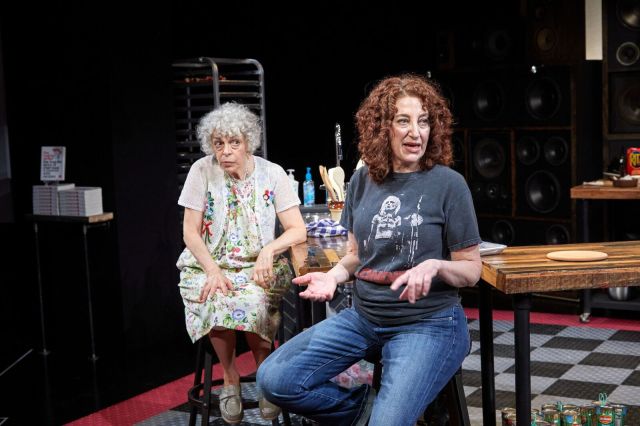 Let me tell you right now- I loved Chef Rossi’s Ghostly Mama- she so reminded me of my own “in memory only Mama” – as detailed, she enjoyed a good sale – 10 ketchups for a dollar, cans upon cans of “the sale of the week” Del Monte’s cream corn, the use of coupons and the same dreaded “never” tell them anything is too good- find fault- Ya never know you might get something for free! It works- it truly does! During the 90 minute production, between various vignettes about troubled teen Rossi being shipped off to a Hasidic rabbi and spending Passover in a trailer camp, we the audience are offered several samplings of Chef Rossi’s creative culinary creations, from Manischewitz Wine Spritzers to her famous – it all started with “Pizza Bagels”. The one thing I would like to strongly suggest as “The Raging Skillet” makes its way to Broadway- and yes it will and this “does” regards food Jacques- while “Chef Rossi” and Mama are preparing their BBQ chicken on a cracker- I so wanted them both to don top hats, pick up canes and then burst out singing Irving Berlin’s “Puttin’ On the Ritz”! Is that a yes or a maybe Jacques?? 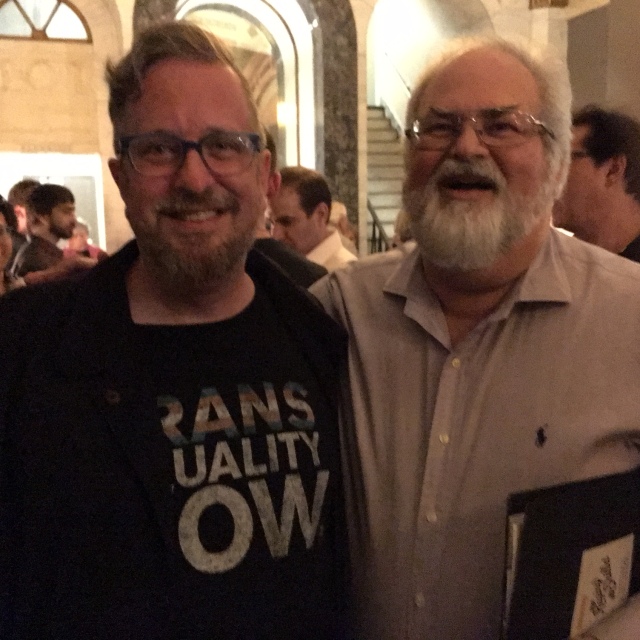 “Raging Skillet” is a love-able true life tale brought to the stage by the talented Jacques Lamarre. As you can already guess – it brought tears of joy to both my eyes and fragile heart- this my friends is a funny, fresh tale of family relationships, and how someone can so easily find their life’s calling and change their life’s direction. Beyond the enjoyable noshes and nibbles, created by the real Chef Rossi, that are offered to audience members, I want to mention the “punked out” loud, fast, and divine performance of Dana Smith- Carol as the Legendary Chef Rossi- a world wind job of performance and food preparation-a hot diggetty dog of a good job!!! 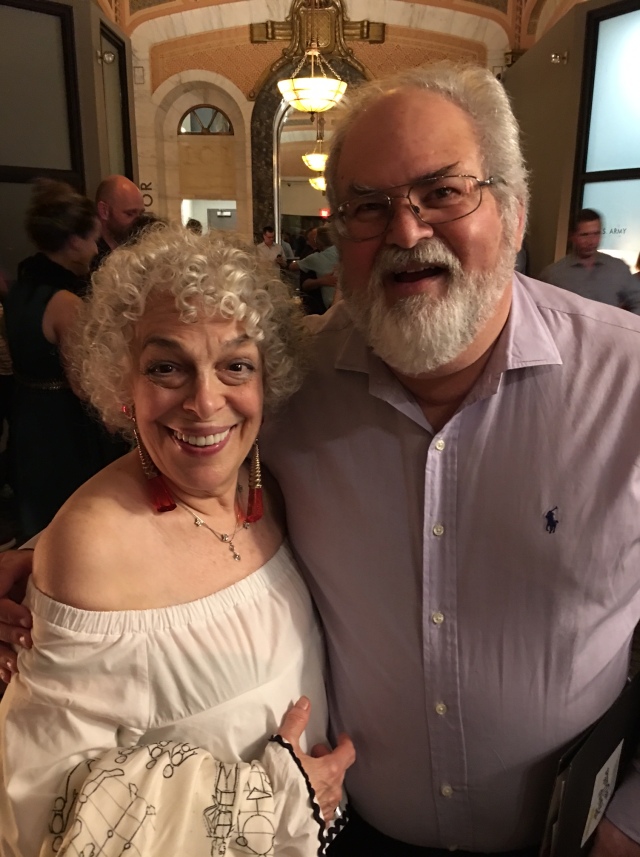 And to “Raging Skillets” scene stealer- the marvelous, every one’s mama, mine too – Marilyn Sokol, you are absolutely amazing- what a stellar performance- you my dear gave my new heart a workout, I laughed and cried throughout the play- which is a good thing! And to the real Chef Rossi thank you for sharing your adventure in life with a new audience- you are one terrific person, so glad we had an opportunity to meet and you can touch my white beard anytime you choose- much love! As Mama Rossi states- “Food is Love”- and so is “Raging Skillet”! Enjoy!! 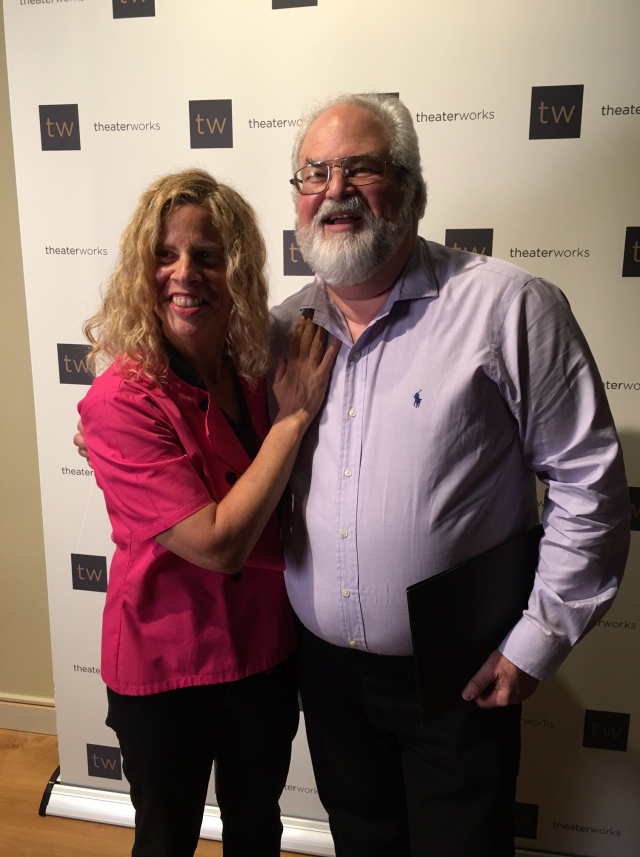 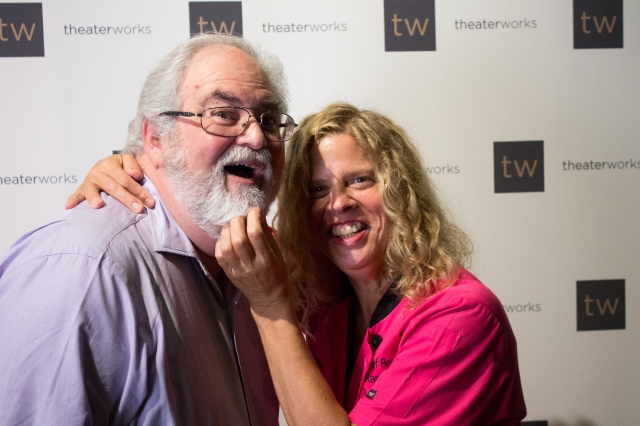 Howard Steven Frydman is General Manager and Executive Director of BATV – Channels 5, 95 & 96 and a member of the CCC. Please feel free to contact Mr. Frydman with your thoughts and ideas at howards2424@gmail.com.