The Howard BATTLE OF THE SEXES Advance Screening TIXS

BATTLE OF THE SEXES:

This is not valid for admission. Passes are required.
To download a complimentary pair of passes, go to http://www.foxsearchlightscreenings.com/BATV927

WHEN ASKED- YOUR CODE IS BATV927 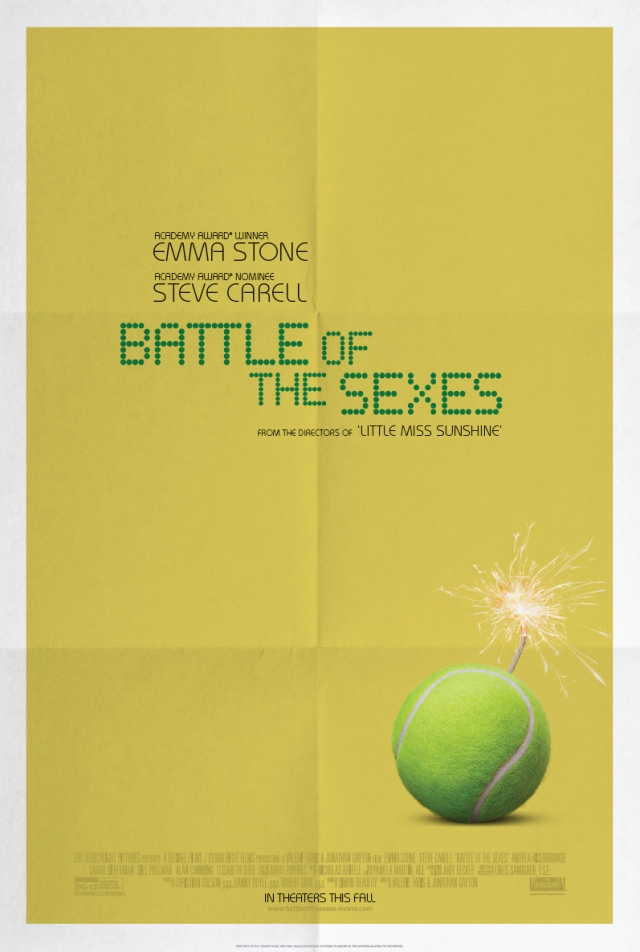 No purchase necessary. Tickets are subject to availability and will be allocated on a first come, first served basis. Each applicant may select up to 2 tickets. Those who successfully claim preview screening tickets must have ID available if required. No photocopies of the page will be accepted. The screening tickets are not for resale. No cash alternative. No late admittance. The cinema reserves the right to refuse admission. In the event of a dispute, the cinema manager’s decision is final. Seating at the screening is not guaranteed. This film is rated PG-13.
#BattleoftheSexes @billievsbobby Battleofthesexes-movie.com

Synopsis:
In the wake of the sexual revolution and the rise of the women’s movement, the 1973 tennis match between women’s World #1 Billie Jean King (Emma Stone) and ex-men’s-champ and serial hustler Bobby Riggs (Steve Carell) was billed as the BATTLE OF THE SEXES and became one of the most watched televised sports events of all time, reaching 90 million viewers around the world. As the rivalry between King and Riggs kicked into high gear, off-court each was fighting more personal and complex battles. The fiercely private King was not only championing for equality, but also struggling to come to terms with her own sexuality, as her friendship with Marilyn Barnett (Andrea Riseborough) developed. And Riggs, one of the first self-made media-age celebrities, wrestled with his gambling demons, at the expense of his family and wife Priscilla (Elisabeth Shue). Together, Billie and Bobby served up a cultural spectacle that resonated far beyond the tennis court, sparking discussions in bedrooms and boardrooms that continue to reverberate today.

The Howard - Reviews, thoughts and ideas
View all posts by The Howard →
This entry was posted in Uncategorized. Bookmark the permalink.