“Tenderly – The Rosemary Clooney Musical” is a vivid, character driven, 60s’ style kaleidoscope,  and “oh so tender jukebox bio” of the extraordinary life of music, film, radio and television legend Rosemary Clooney. Currently being presented at the POP – Playhouse on Park, in West Hartford,  CT, as part of their eleventh season, “Tenderly – The Rosemary Clooney Musical”, is a truly “Transcendent”  experience-  lovingly crafted that exceeds all expectations- with its two stars, Susan Haefner and Samuel Lloyd, Jr., both brilliantly sparkling throughout this two hour production providing an appreciative audience with “yesterday’s” music and lyrics that transport you back to a more innocent period of time.

Please note, I tenderly (ahem) offer the term “yesterday’s music” – the music  of Rosemary Clooney is indeed part and parcel of the great American Songbook- and may be unknown to current millennials – but not to us “boomers” – to us it’s glorious music that we eagerly celebrate. Not only has the “Tenderly” main stage been transformed into a 60’s style cabaret/office, replete with 60’s style hues and furnishings (great job by scenic designer Emma Cummings) plus the POP  outer entrance way is filled with such appropriate era trappings including rotary phones, fashion adornments, and coming back to vogue – a record player, which at the time of my visit was spinning selections from the vocal group “The Mills Brothers”. We smiled with a grin as we took note as a “boomer”  vainly tried to show their mostly disinterested earbud enhanced “teen” how the rotating vinyl platter boomed. By the way I still have my RCA stereo console! 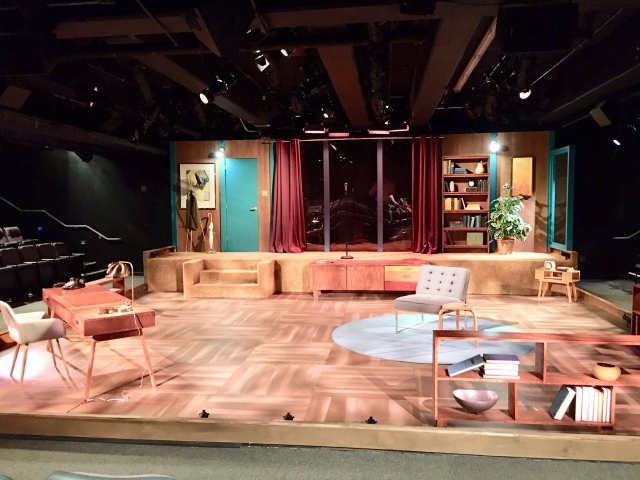 An era of Kennedy, Martin Luther King, Vietnam, and “flower power” – is intermixed into this jukebox bio by playwrights Janet Yates Vogt and Mark Friedman, both have done an absolutely amazing job of solidify the style and music of this turbulent era into this touching and heart-tugging rendering of the life and times of music legend Rosemary Clooney.

The setting, the Summer of 1968- the place, Cedar Sinai Hospital and the office of famed psychiatrist Dr. Victor Monke, (Samuel Lloyd, Jr.) his new client – famed singer – Rosemary Clooney ( Susan Haefner) of “White Christmas” notoriety. Through a series of sessions, (“Rosemary, put out the cigarette please”) the audience follows various reenactments of her life story from a disjointed childhood in Maysville, Kentucky, her musical start on radio with sister Betty, upwards to her solo artist days in radio, recordings and film, marriages to movie star José Ferrer, acquaintances with such notables including, Frank Sinatra, Bing Crosby and Vera Ellen (Rosemary actually dubbed all of Vera-Ellen’s songs in the film White Christmas)  and her long battles with mental health problems and depression.

What is a musical without songs? During performance, we slowly close our eyes, concentrate, and slowly hear the essence of Rosemary’s voice come alive by the fabulous vocals of Miss Susan Haefner – outstanding!! Haefner IS Clooney! Throughout “Tenderly” – we are entertained by some of Clooney’s most classic songs including, “Someone To Watch Over Me”, “I Get Along Without You Very Well”, “Count Your Blessings”, “Botch -A-Me”, and of course the production’s self named title- “Tenderly”. 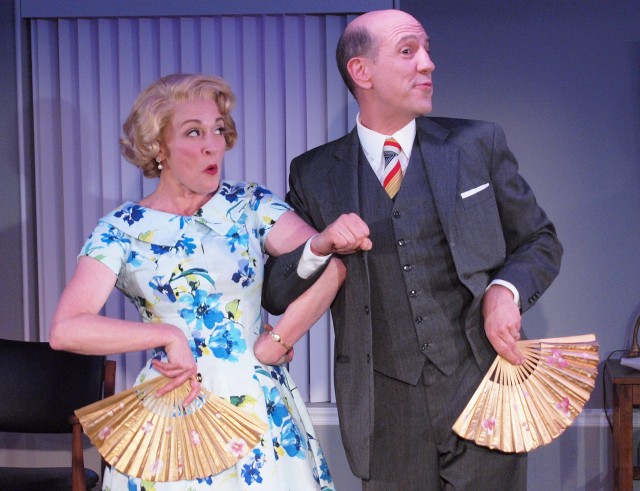 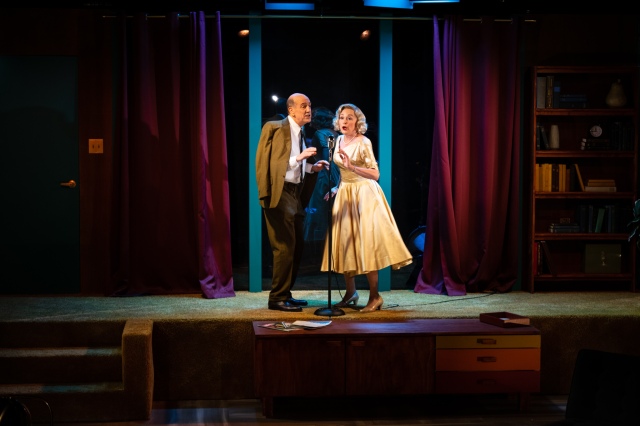 Haefner’s and Lloyd’s presentation of “Sisters” is a bit of comedic genius not to be missed and brought the audience to cheering at songs conclusion. We take note of Samuel Lloyd, Jr‘s performance, though understated, he is an absolute joy to behold as he transforms himself from one character to another including, Dr. Monke, Rosemary’s Sister Betty, José Ferrer, Frank Sinatra, Bing Crosby and a host of others. We urge you to take in this outstanding, thoughtful and “Tender” production. Enjoy!

Tickets for the Playhouse on Park’s production of “Tenderly – The Rosemary Clooney Musical” are on sale now and can be purchased by calling the POP box office at 860-523-5900 x10 or visit www.playhouseonpark.org. Playhouse on Park is located at 244 Park Road, West Hartford, CT 06119.

Howard Steven Frydman is General Manager and Executive Director of BATV – Channels 5, 95 & 96 and a member of the CCC. Please feel free to contact Mr. Frydman with your thoughts and ideas at TheHoward24@gmail.com